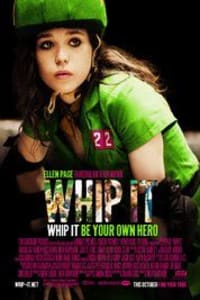 Whip It (Also Known As: Roller Girl) is a Drama, Sport film directed by Drew Barrymore and written by Shauna Cross. It was released on 30 October 2009. It stars Ellen Page, Drew Barrymore, Kristen Wiig. The film’s content : In Bodeen, Texas, an indie-rock loving misfit finds a way of dealing with her small-town misery after she discovers a roller derby league in nearby Austin…

The Diary of a Teenage Girl