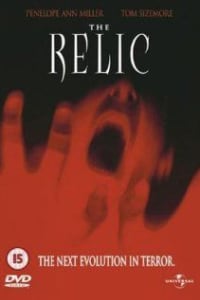 The Relic (Also Known As: Relic) is a Horror, Mystery, Sci-Fi film directed by Peter Hyams and written by Douglas Preston. It was released on 10 January 1997 (USA). It stars Penelope Ann Miller, Tom Sizemore, Linda Hunt. The film’s content : A homicide detective and an anthropologist try to destroy a South American lizard-like god, who’s on a people eating rampage in a Chicago museum…

The Gun in Betty Lou's Handbag

Devil in a Blue Dress

The Birth of a Nation