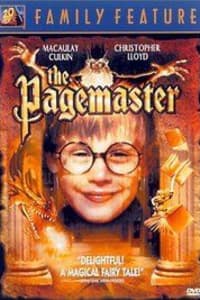 The Pagemaster (Also Known As: El guardián de las palabras) is an Animation, Adventure, Comedy film directed by Pixote Hunt and written by David Kirschner. It was released on 23 November 1994 (USA). It stars Macaulay Culkin, Christopher Lloyd, Kanin Howell. The film’s content : A cowardly boy who buries himself in accident statistics enters a library to escape a storm only to be transformed into an animated illustration by the Pagemaster… What awaits ahead?