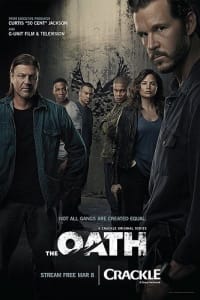 The Oath focuses on a gang that started out with the right intentions but its members are forced to turn on each other after being picked off by the FBI. This intense Crackle Original drama series starring Sean Bean (Game of Thrones) and Ryan Kwanten (True Blood), and executive produced by Curtis “50 Cent” Jackson.

All in or Nothing