The Flight of Dragons 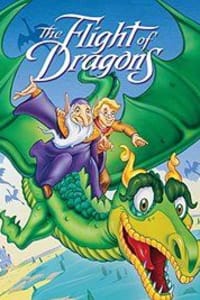 Synopsis The Flight of Dragons

This is an animated movie based on the book by Peter Dickinson. In this movie the realm of magic is being threatened by the realm of logic, so Carolinus, the green wizard decides to shield it for all time. Ommedon, the evil red wizard, stands in his way. Carolinus then calls for a quest that is to be led by a man named Peter Dickinson, who is the first man of both the realms of science and magic. It is Peter’s job to defeat Ommedon.

What Ever Happened to Baby Jane?

A Year without Santa Claus