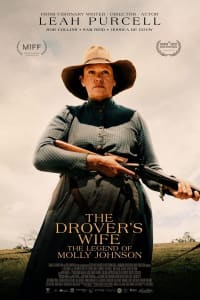 In 1893, heavily pregnant Molly Johnson and her children struggle in isolation to survive the harsh Australian landscape after her husband left to go droving sheep in the high country. One day, she finds a shackled Aboriginal fugitive named Yakada wounded on her property. As an unlikely bond begins to form between them he reveals secrets about her true identity. Realizing Molly’s husband is actually missing, new town lawman Nate Clintoff starts being suspicious and sends his constable to investigate.

Interview with the Vampire - Season 1