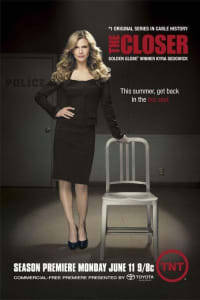 The Closer is an American television police procedural, starring Kyra Sedgwick as Brenda Leigh Johnson, a Los Angeles Police Department Deputy Chief. In season 4, Brenda and the Priority Homicide Division deal with the power of the media this season, when a Los Angeles Times reporter shadows them, but with an agenda all his own. The power of the legal system, and those who both use and abuse it are explored throughout the season, as is the power that gun violence exerts on lives.

Murder of a Cat