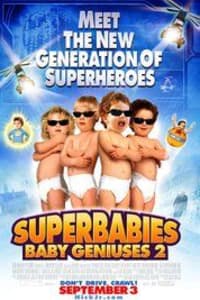 Following the events of the first film, four babies can communicate with each other using ‘baby talk’, and have knowledge of many secrets. The baby geniuses become involved in a scheme by media mogul Bill Biscane, later revealed to be known as Kane, who kidnaps children everywhere

Enemy of the State