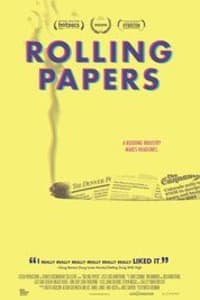 Rolling Papers is a Documentary, Comedy, News film directed and written by Mitch Dickman. It was released on 19 February 2016 (USA). The film’s content : At ground zero of the green rush, The Denver Post became the first major media outlet to appoint a marijuana editor. Policy news, strain reviews, parenting advice and edible recipes are the new norm in the unprecedented world of pot journalism…

Mac And Devin Go To Highschool

How to with John Wilson - Season 2

How to with John Wilson - Season 1

The World According to Jeff Goldblum - Season 2

Bodyslam: Revenge of the Banana!