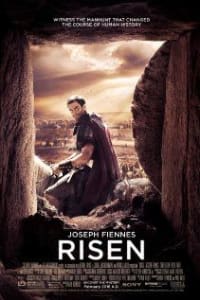 ‘Risen’’ is about a Roman soldier searching for the resurrected Christ in the 40 days following the crucifixion, is an old-fashioned Biblical spectacular with fresh blood in its veins. As directed by Kevin Reynolds (“Waterworld,” “Fandango”) and co-written by Reynolds and Paul Aiello, you could program it in a triple feature with “The Robe” and “King of Kings.”

The Merchant of Venice

Sinbad: Legend of the Seven Seas

Enemy At The Gates

The Count Of Monte Cristo