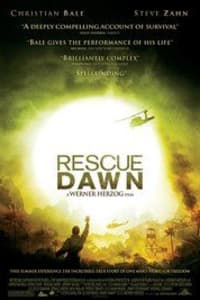 In February 1966, while on a combat mission, Lt. Dieter Dengler, a German-born U.S. Navy pilot in squadron VA-145, flying from the carrier USS Ranger, is shot down in his Douglas A-1 Skyraider over Laos. He survives the crash, only to be captured by the Pathet Lao.

Mowgli: Legend of the Jungle

Riding in Cars with Boys

The Flowers of War