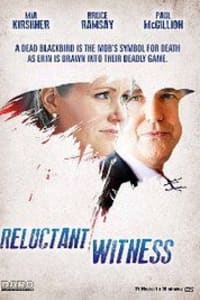 A woman married to a gangster finally decides to leave him and she asks the FBI for protection, They respond by placing her in the witness protection program and she is given a new identity and moves to Northern California, where she marries a vineyard owner. Ten years later her best friend gets involved with a new boyfriend and she becomes increasingly convinced that he is her former spouse, who was thought to have died.

The Crow City of Angels