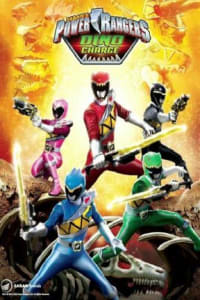 In the time of dinosaurs, the ancient and powerful Energems were lost on Earth, and now the evil bounty hunter Sledge has returned to find them. Power Rangers Dino Charge - Season 22 created by Haim Saban and Toei Company and is aired from February 7 to December 12, 2015.