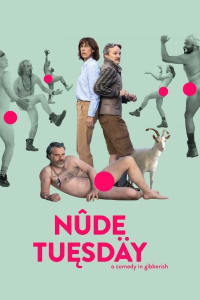 When middle-aged suburban couple, Laura and Bruno are gifted a remote couples’ retreat for their anniversary, they decide to give their failing marriage one last shot before calling it quits. Arriving in an idyllic sanctuary nestled in the mountains, Laura and Bruno uncomfortably enter a world of laughter workshops, tantric dance, sexual liberation and emotional animals, helmed by the charismatic guru Bjorg Rassmussen. When new temptations start to take hold, the couple are pushed to the brink forcing them to look within to find what they really want. But will they bare all to get it?

Love in a Bottle

The Story of My Wife

The Scary of Sixty-First

Good Luck to You, Leo Grande