My Home Is Copacabana 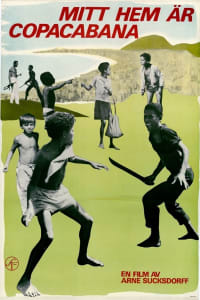 Synopsis My Home Is Copacabana

Homeless children in the slums of Rio are driven out of their temporary shelters by ruthless gangsters in this somber drama. The kids survive by shining shoes, stealing, and cutting the strings of the kites to sell them later to others. Tired of life on the streets, one boy turns himself over to the police in hopes he will be sent to reform school in a last desperate attempt to survive. This feature from acclaimed Swedish director Arne Sucksdorff appeared at the 1965 Cannes Film Festival.

Call of the Unseen

House of the Dragon - Season 1