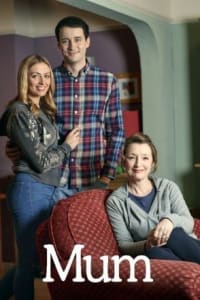 Mum is a 2016 British sitcom written by Stefan Golaszewski centred around recently widowed, suburban 59 year old Cathy (played by Lesley Manville) and her family, during the year following her husband’s death. In series two, which airs on Tuesday, Cathy is putting her troubles behind her and accepting her future – with a dash more positivity.

On a Clear Day

Fisherman's Friends: One and All