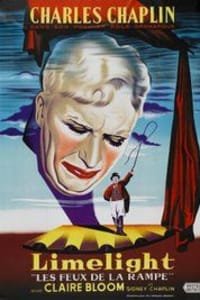 The movie is set in London in 1914, on the eve of World War I. This film tells the story of Calvero who is a well-known clown. But his antics no longer make the audience laugh, so he failed. However, the creation and the performances are always in his mind. Then Thereza appeared, she became a top star and she loved Calvero. Calvero saved her from suicide because she can’t dance anymore. Calvero helps Terry regain her self-esteem and resume her dancing career.