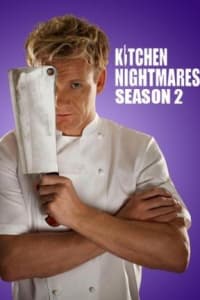 Kitchen Nightmares is an American reality television series formerly broadcast on the Fox network, in which chef Gordon Ramsay is invited by the owners to spend a week with a failing restaurant in an attempt to revive the business. It is based on the British show Ramsay’s Kitchen Nightmares.