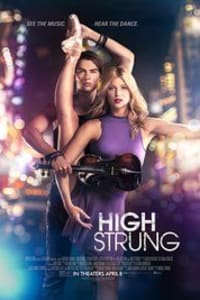 High Strung (Also Known As: Free Dance) is a Drama, Music, Romance film directed by Michael Damian and written by Janeen Damian. It was released on 8 April 2016 (USA). It stars Nicholas Galitzine, Sonoya Mizuno. The film’s content : When a hip hop violinist busking in the New York subway encounters a classical dancer on scholarship at the Manhattan Conservatory of the Arts, sparks fly…

Love Gets a Room