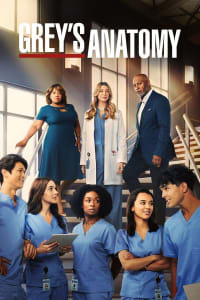 After a long six months, Grey Sloan Memorial has reinstated its residency program. A group of talented and striving young interns has been recruited as the attending surgeons work to rebuild the program to its former glory. Meredith, still functioning as the interim chief, sees Nick for the first time since she rejected his offer to move to Minnesota. Meanwhile, Bailey tells Richard she is not ready to return to work; Levi works up the courage to break disappointing news to Jo, and things turn awkward when Link realizes he has met one of the interns already. With Amelia and Maggie’s help, the new doctors are thrown into their first day on the job dealing with injuries from a recent tornado.