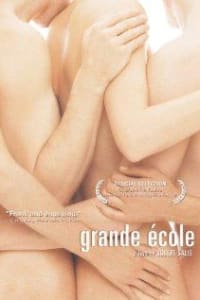 Paul and Agnes have been going out for quite a while and Agnes is shocked to learn that he’d rather live with two roommates on campus than move in with her. As soon as he meets one of his roommates, Louis-Anault, Paul’s behavior changes - he is attracted to Louis without realizing so himself. Agnes, on the other hand, gets quite jealous and offers a bet: Whoever gets to have Louis-Anault first, wins… If she does, Paul will no longer explore his homosexual desires, if he does - she’ll walk away. Meanwhile, Paul meets Mecir, a young Arab worker, who shows him there’s more to life than elite colleges…

Time for Him to Come Home for Christmas