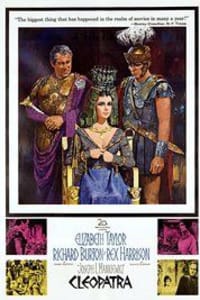 Cleopatra is a 1963 American epic historical drama film chronicling the struggles of Cleopatra VII, the young Queen of Egypt, to resist the imperial ambitions of Rome. This film also describes the life of Cleopatra which associated with a history of the Roman - Egypt period and the love affair with the great emperor Caesar and mighty general Antony …

Who's Afraid of Virginia Woolf

The Taming of the Shrew

Reflections in a Golden Eye

Cat on a Hot Tin Roof

The Ghost and Mrs Muir

A Place In The Sun