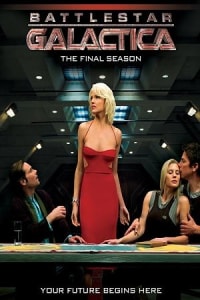 The fourth season begins with the crew of the Galactica dealing with the aftermath of Kara’s (Katee Sackhoff) return. The Cylons go to great lengths to bring the “final five” Cylons out of hiding. Kara is sent off to find Earth and makes a disturbing discovery. An unlikely alliance results in a joint operation against a resurrection hub. Military and civilian leadership square off again in a desperate bid for power. The “Final Five” emerge as the shaky alliance is in jeopardy.

Tom and Jerry Robin Hood and His Merry Mouse