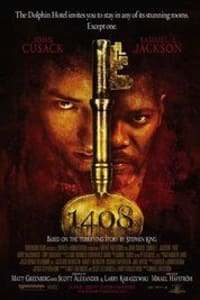 This film tells the story of skeptical writer Mike Enslin (John Cusack), whose various investigations lead him to visit various “haunted” hotels. After receiving an anonymous tip regarding Dolphin Hotel’s room 1408, Enslin’s agent insists that he must visit this room to see what the fuss is about and write about it. After a few setbacks, Gerald Olin (Samuel L. Jackson) finally lets Enslin inspect the room, after thoroughly warning him of the murders and deaths that had occurred in that same place, and that he wouldn’t last even an hour by himself.