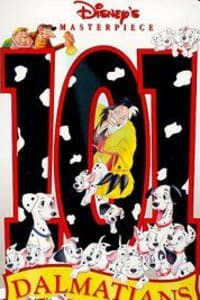 101 Dalmatians (Also Known As: One Hundred and One Dalmatians) is an Animation, Adventure, Comedy film directed by Clyde Geronimi and written by Bill Peet. It was released on 25 January 1961 (USA). It stars Rod Taylor, Betty Lou Gerson, J. Pat O’Malley. The film’s content : When a litter of Dalmatian puppies are abducted by the minions of Cruella de Vil, the parents must find them before she uses them for a diabolical fashion statement…

Lady and the Tramp